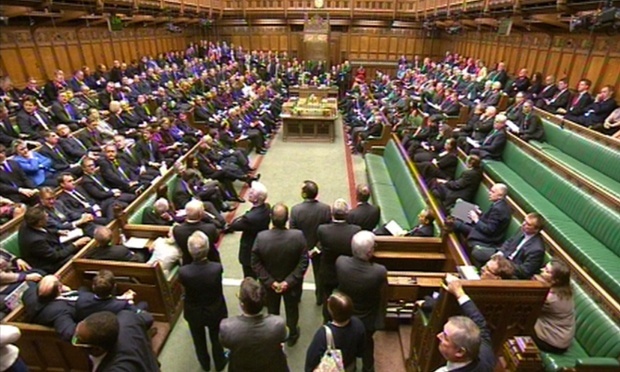 What makes a good policy? In an ideal world, policies would be put in place to change something for the better. In order to tell whether a policy works, we would collect evidence – objective, non-partisan data that tells us whether the thing we’ve changed is having a positive effect. And before even getting that far, we would use existing evidence to help us decide whether the policy is a good idea in the first place.

In reality, of course, life isn’t so simple and evidence-based policy often takes a back seat to the ideology and pragmatism of politics. Part of the reason for this is that academic research and politics are worlds apart – across the UK there are tens of thousands of professional researchers who have no interaction whatsoever with politicians. This has recently motivated us to propose the idea of anEvidence Information Service, or EIS, that would have one primary mission: to connect the collective expertise of UK research professionals in science, technology, engineering, maths, medicine and the social sciences with UK politicians and their staff.

Here’s how the EIS would work: whenever a politician or member of the parliamentary staff has a question about research evidence, they will be able to contact the EIS either through phone or an online interface. The EIS team will immediately assign each question to relevant researchers and within 24 hours, or less, the enquirer will be connected with active professionals in that field. The EIS will respond to all enquiries, great and small, with the central ethos that there is no such thing as a stupid question. We know it can be done – the Science Media Centre already provides a similar service for journalists.

The idea of an EIS may sound obvious, but the notion itself requires supporting evidence. So to find out if there was a demand for such a service and how it should look, we’ve spent the last 15 months conducting a national consultation exercise. We wanted to know the challenges faced by UK politicians in using evidence for policy-making or other aspects of their job, and how the EIS might be developed to fill an unmet need. Rather than interviewing politicians ourselves, we called on local champions – enterprising members of the public – to interview their own parliamentarians about the proposed mechanism. Fifty-five volunteers from across the UK conducted an interview with their local MP, MSP or AM, from across the political spectrum, targeting various levels of seniority ranging from backbenchers to current and former Ministers.

The main result of the consultation was straightforward. Most parliamentarians – a remarkable 85% of those asked – said they would use the EIS, with most preferring a service that is rapid, as impartial as possible, concise, and with the option for the politician to ask questions confidentially. To our knowledge, the project is one of the largest consultations of elected officials ever undertaken on the use of information for evidence-based policy, and the first to employ a citizen science model. We have published a pre-print of our paper describing the consultation and its results, and welcome all comments and feedback.

A glimpse of humanity?

As well as publishing a draft pre-print, we have also released over 125,000 words of anonymised interview transcripts as online open data. They make for intriguing reading – the interviews reveal remarkably direct answers to questions about the challenges of using evidence in public service.It’s quite difficult if you are not in government to untangle the hidden biases in the stuff that’s given to you

The candour of the interviews is at times extraordinary, compared with the rehearsed “key messages” and “bridge-and-deflect” that characterises most media interviews with politicians. From across the left-right divide, we hear how politicians struggle to reconcile evidence with competing demands, such as balancing the pressure to vote on party lines even when evidence might suggest a different action, coping with obtuse academic jargon, or distinguishing reliable evidence from the daily deluge of lobbying.

At times the politicians are anxious and suspicious, sceptical of their colleagues, the government and even their own party, and afraid of appearing foolish in the media for asking “stupid questions”. At other times they are humble and reflective, trying their best to “get it right” by the public, against the odds. Whatever your personal view of politicians, their job is clearly difficult and our interviewers succeeded where countless journalists have failed in revealing a complex human side to political life.

We believe our results provide enough traction to set up and pilot the EIS as an independent resource – one that is available to politicians and existing research services including the parliamentary libraries. We will also be working to create an incentive for researchers to participate in the EIS, perhaps by linking it with the next Research Excellence Framework that determines how public money is handed out to universities.

It is important to highlight some of the limitations of our study. Our sample of parliamentarians is likely to be biased by including mainly those with a prior interest in evidence-based policy – out of 86 politicians contacted by citizens, 1 in 3 either declined to meet with their own constituent or ignored the (often repeated) attempts by their constituent to make contact. Also, we stress that our paper hasn’t yet been peer reviewed – no doubt academic peers will require us to change or clarify some aspects.

In our field it is unusual to make manuscripts available to the public prior to peer review (and often afterward), but we have published a pre-print in this case so that the most important reviewers of all – you – can see the outcome of our work before it is assessed by any academic journal.

Whatever the outcome of tomorrow’s election, these results remind us that evidence-based policy is important to many politicians from across the political spectrum, and it can only become more prominent as we face 21st century challenges with the economy, climate change, and public health – all against a backdrop of austerity and a squeeze on parliamentary resources. More than ever, politicians need researchers in academia and industry to help understand the facts, get a grip on complex data and statistics, and interpret bias and uncertainty with existing evidence.

Naturally, providing information alone is not enough – politicians also need to be held accountable for using it appropriately. And that, of course, is not just the job of researchers and academics; it is the responsibility of all citizens. If the EIS project is showing us one thing, it is that each of us has a part to play in shaping a smarter democratic future.