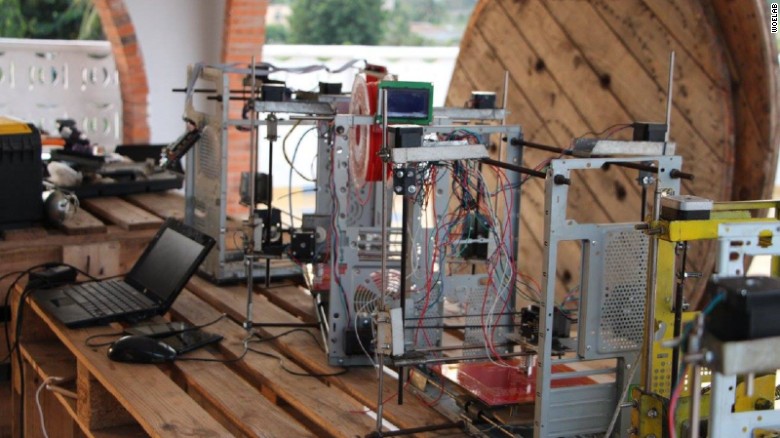 An innovative lab in Lomé, the capital city of Togo in West Africa created the first “Made in Africa” 3D printer using e-waste. WoeLab, a community tech hub established by architect Sénamé Koffi Agbodjinou, 37, made the machine using little more than scrap printers, computers and scanners. The idea was born after Agbodjinou purchased a 3D printer for the lab. Upon seeing this, the young innovators based at the workshop decided to build their own. “We wanted to see how we could build a new one but with our own resources,” Agbodjinou tells CNN. In 2013, after a year of collaborative work, they had produced the first 3D printer. Now they have 20 finished products and other labs in Africa are following suit. Read more