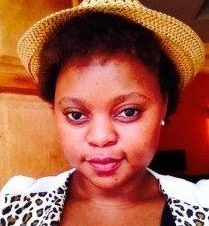 Bame Sanah Keabetswe is an MPhil candidate at the Okavango Research Institute of the University of Botswana. She is a beneficiary of the Regional Initiative in Science and Education (RISE) scholarship. Bame is studying heavy metal chemistry in the Okavango Delta and also works as a research assistant. She holds a first degree in chemistry and hopes to continue with a Ph.D. in chemistry after MPhil. Bame is involved in volunteering in her community and is an active member of Femina Association, an NGO that fosters women empowerment and girl child mentorship.

In 2015, Noble was honoured as Young Scientist at the World Economic Forum in Dalian, China. In 2013, he was inaugurated as the youngest fellow of Uganda National Academy of Sciences and the only person to qualify to be in both the young and senior academy in Uganda. Noble is currently the interim president of Uganda Young Academy. Noble was also named a fellow of the Global Young Academy in 2013. In 2007, he won the Cochran Fellowship to do postdoctoral professional studies in the Department of Chemical Engineering at Massachusetts Institute of Technology. Thus far, Noble has supervised eight doctoral theses and 25 masters’ theses. As such, he has authored 78 peer-reviewed scientific papers in reputable international journals with a citation H-Index of 15, i10-Index of 24 and 714 citations as of November 2015. In waste management research, Noble is ranked 35th globally and 2nd in Africa according to Google Scholar rankings.