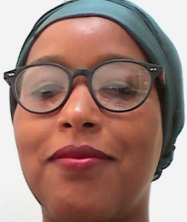 Dr. Djaltou Aboubabker Osman is the head of Microbiology lab at the Institut de Recherche Médicinale at the Centre D’Etudes et de Recherche de Djibouti. Her research is focused on identification studies of mycobacteria circulating in Djibouti using different techniques of the molecular biology among others the PCR and the sequencing. The research is done in collaboration with other colleagues and the team of my thesis director. Prior to that, she joined the Center for Studies and Research of Djibouti and started her thesis at the Faculty of Medicine La Timone, under the direction of Prof DRANCOURT in 2012. Djaltou specialized in the study of mycobacteria which includes the pathogen of tuberculosis. Indeed, in Djibouti, tuberculosis is one of the priority diseases. She also held the position of practical assistant at the School of Medicine in 2008 and then the position of microbiology department head at the national food analysis laboratory.

In 2017, she joined a project “Activités de prevention destinées aux populations clés et aux jeunes dans le cadre de la lute contre le VIH/SIDA à Djibouti” that was funded by UNDP to sensitize “vulnerable” populations and raise awareness on the dangers of STIs / HIV-AIDS. A project that allowed her to approach another aspect of the fight against STIs which is prevention. Indeed, As part of the founding members, Djaltou had the opportunity to participate in this project from its preparation and she was also in charge of monitoring and evaluation of the project. This project was also an opportunity to counter the false ideas on STI / HIV-AIDS.