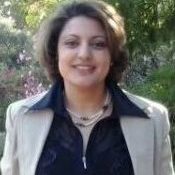 Rym hopes to better understand the pathogenesis of Type 2 diabetes, to improve its diagnosis and treatment thereby reducing its prevalence not only in Tunisia but also in Africa.

Rym was born in Tunis, Tunisia. Since her early childhood she has been fascinated by biology. She fed her curiosity through documentary films, science magazines and science fiction films. Her
parents encouraged her by buying her encyclopedias, scientific novels and taking her to visit zoos, nature reserves and scientific exhibitions. She spent her free time catching insects, worms and small salamanders to experiment on. Since then, her dream has been to become a biological scientist. After high school, she obtained a Bachelor of Science, with honours, in Biology from the University of Tunis El Manar in 2000. She won an “elite scholarship”, a highly selective scholarship granted by the Tunisian Ministry of Higher Education to the brightest students to pursue doctoral studies in France in scientific fields that do not exist in Tunisia (Molecular Anthropology). In 2001, she obtained a Master in Science at the Medical School La Timone, University of the Mediterranean,
(Marseille- France) – again with honours. This opened they way for a BDI-PED scholarship granted by the CNRS (Centre National de Recherche Scientifique-France) to the most talented young students with masters degrees. Her thesis focused on
the study of ancient DNA obtained from Middle Age French skeletons with dislocation of the hip.

Rym continued her doctoral studies in the same laboratory where she worked on mitochondrial DNA diversity in current and ancient Human populations (6000 to 15,000 years) in North Africa. She also contributed to several other studies especially, mitochondrial variability in ancient cattle from the archaeological site of Lattara (Southern France) and molecular analysis of neurodegenerative diseases in the French population. She obtained her PhD in 2005 at the age of 26, which made her the youngest student with a PhD at the Medical School La Timone, University of the Mediterranean (Marseille- France). After her PhD and post doctoral training carried out in France, she joined, in 2006, the Molecular Investigation of Orphan Genetic Diseases Reaserch Unit in Institut Pasteur in Tunis as a
Researcher.

Rym is an Associate Professor and Team Leader in the Laboratory of Biomedical Genomics and Ontogenetic at Institut Pasteur in Tunis. As team leader, Rym is mainly involved in research on human genetic disorders, genetic diversity in North Africa and the impact of consanguinity on health. She is also responsible for the genetic typing core facility where she works to enrich the portfolio of service of Institut Pasteur by reinforcing the research on ancient DNA and providing genetic profiling for paternity tests and human forensic identification. Indeed, the molecular diagnosis of genetic diseases leads to the reduction of the prevalence of these diseases and improves the treatment of patients and their families. Rym applied for the NEF Fellowship to present her work and establish research partnerships which will contribute to the development of scientific excellence in Africa and strengthen the capacities and skills of young scientists.

She is a TWAS (The World Academy of Sciences) Young affiliate, a member of the Global Young Academy and a member of the Young Scientist Community of the World Economic Forum. She has won several prizes at international scientific events such as the prize of The African Society of Human Genetics in 2009.

Recently, Dr Rym KEFI is coordinating a new international collaborative project untitled: “Identification of biomarkers for Type 2 Diabetes through multidisciplinary investigations (acronym: DiaBiomark) financed by the International Network of Institut Pasteur ( ACIP program) and a new national project untitled “multidisciplinary investigations of Maturity Onset Diabetes of the Young (MODY)” financed by the Tunisian Ministry of Higher Education.
As well, she is the author/Co-author of more than 70 publications”.