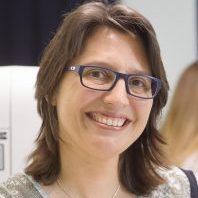 Vinet was born in South Africa. She lived in various different places, from a low-cost apartment to an upmarket suburb which provided her with a unique perspective on the abundant similarities in people of various socio-economic backgrounds. Her love for science, and biology, were cemented by a high school biology teacher who allowed students to figure things out for themselves instead of only teaching what was in the textbook.

In terms of her academic journey, Vinet studied at the University of Pretoria, where she completed a Bachelor of Science, an Honours and Master of Science in Genetics. During her honours year, she became interested in human mate choice research, or more generally research aimed at understanding why we judge people as attractive and healthy. The only problem was that no one in South Africa was doing this type of research, so she approached her supervisor, Prof. Jaco Greeff, who convinced Prof Louise Barrett (then from Liverpool, UK) to become Vinet’s research supervisor. She completed her master’s research on the role of genetic diversity in immune associated genes on facial appearance, before receiving a bursary from Prof Dave Perrett at the University of St Andrews, Scotland, to complete a PhD under his supervision.

Vinet’s PhD work identified facial adiposity (or facial fatness) as a robust, but understudied, cue to health and attractiveness and also identified specific facial dimensions associated with weight. During her master’s and PhD, she published five peer-reviewed papers and received several travel awards, including the Experimental Psychology Society Grindley Grant. Vinet returned to South Africa, where she completed two prestigious postdoctoral fellowships, joining the University of Pretoria as Lecturer then Senior Lecturer in 2017.

Her research focuses on developing fast, affordable and non-invasive methods to screen children for nutrient deficiencies and inborn conditions, by training computer models to recognise the links between physical features and these conditions. For instance, Vinet’s team developed an affordable 3D camera at one tenth of the price of comparable commercial systems. Her team is currently using this system to identify the specific facial features associated with Down syndrome in African infants and plan to expand this research to other conditions. The long term aim of the project is to develop a facial screening tool that can help doctors identify a range of conditions more accurately. This tool will be especially helpful in situations where doctors have insufficient expertise in these conditions and inadequate funds for extensive testing. The 3D camera is also used in the ground breaking African Longitudinal Facial Appearance and Health (ALFAH) study, which she launched in 2016. The study will test the association between facial appearance, various health measures (e.g. hormones, blood pressure, body composition etc.) and genetic markers in 4000 African participants.

Vinet applied for the NEF Fellowship to widen her network of collaborators within Africa, showcase her research to a global audience and help move science from Africa forward. She has thus far published 22 papers in peer reviewed journals, which have been cited over 800 times. In 2015, Vinet was accepted as a member of the Royal Society of South Africa and has since received various awards, including an exceptional Young Researcher Award. She was also selected as a finalist for the National Science and Technology (NSTF) South 32 Emerging Researcher Award in 2016 and 2017.