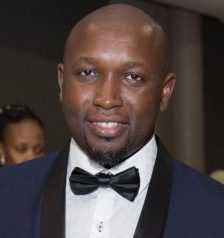 Yves hopes to discover novel therapeutic targets for the treatment of obesity, type 2 diabetes, and metabolic syndrome. This may lead to significant reductions in their prevalence not only in Canada but also in Africa and throughout the world.

Yves was born in Butare, Rwanda. His interest in science was sparked as a young boy when he accompanied his father, who was a researcher, on his trips around Rwanda to collect data for his epidemiological studies. His father told him that if he did not desire to help his neighbor then he should avoid research. His passion to do research in the field of diabetes was influenced by family members who suffered from or lost their lives due to diabetes and its complications. Yves understood that he had an increased risk of developing diabetes and that also motivated him to do research on diabetes and find new approaches to fight the debilitating disease.

After secondary school at the Ecole des Sciences de Byimana, Rwanda, Yves obtained a Bachelor’s of Science in Cellular Biology and Physiology in the Faculty of Medicine at the Université d’Auvergne in France. In 2007, he joined the laboratory of Dr Geneviève Renier at the University of Montreal, in Canada, as a Master’s student. His master’s project focused on the contributions of lipotoxicity to complications associated with type 2 diabetes. During this time, he developed a strong interest in studying the etiology of type 2 diabetes from biochemical and nutritional perspectives. Following this, Yves joined Dr. Marc Prentki’s laboratory at the University of Montreal for his PhD. Yves’ PhD work focused on two areas: Understanding the contribution of metabolic flux via the glycerolipids/free fatty acids (GL/FFA) cycle and, the release of glycerol and various species of FFA from the insulin secretory β-cell to the glucolipodetoxification process. Yves’ current research focuses on two areas. The first is mechanisms of detoxification of excess calorigenic nutrients. Very little is known about the processes whereby cells detoxify the excess of nutrients they face in obesity and diabetes. Using metabolomics and candidate genes approaches, Yves is currently identifying novel pathways and enzymes implicated in this process in the endocrine pancreas and other tissues. Through his research, he discovered a new metabolic enzyme (Glycerol-3-phosphate phosphatase: G3PP) in mammalian cells that directly transforms glucose-derived glycerol-3-phosphate to glycerol and led to the generation of a patent (WO/2017/020121). When our blood glucose levels run high, we also develop higher levels of glycerol-3 phosphate (G3P). It is this G3P that can damage cells and tissues, most notably pancreatic β cells and major organs. This damage can trigger complications in a variety of organs by increasing fat accumulation and destroy the function of β cells. Thus G3PP can protect the body from the “toxic effects” of high blood glucose levels by diverting glucose as glycerol, which is less toxic, preventing excessive formation and storage of fat in various tissues and attenuating the excessive production of glucose in liver. In collaboration with industry, he is currently in the process of discovering “small molecule activators of G3PP” to treat cardiometabolic disorders.

Second, Yves is working on a new way to treat obesity by targeting 14-3-3ζ. Obesity is a well-known risk factor for diseases, including type 2 diabetes and heart disease. Despite intensive research, there are no treatments that effectively promote weight loss for long periods of time. At the center of obesity is the fat cell. Surprisingly, no treatments specifically target fat cells, that are formed through a complicated roadmap of signals. One protein that provides direction for these signals is 14-3-3ζ, which were previously found to have important roles in the growth of fat cells. Mice that were genetically modified to have no 14-3-3ζ in all cells had less fat compared to normal mice. Yves is hoping to undertake new studies aimed at testing whether having more or less 14-3-3ζ in fat cells can promote or prevent obesity, leading to new ways to prevent or treat obesity, a disease that affects people of all ages and throughout the world.

Yves applied for the NEF Fellowship to primarily help young African scientists showcase their innovative ideas in the field of biomedical research globally. He hopes to raise awareness among local and academic authorities to help African university researchers establish their own research laboratories. He also wants to help build collaborations to help African graduate students develop research skills early in their careers to generate high-impact scientific publications, and develop a large network of local and global experts. It has been said that “the best way to predict the future is to invent it.” Thus, by studying STEM, young Africans would be the architects of their destiny.