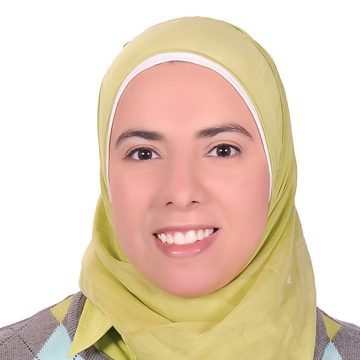 Sherien Elagroudy, is an Associate Professor of Environmental Engineering at Ain Shams University in Egypt and the founding director of the first Solid Waste Management Center of Excellence in the country. In her Ph.D. studies at Ryerson University, Sherien modeled the settlement of bioreactor landfills and then build a field-scale prototype of that novel landfill in Cairo. Her new bioreactor avoided methane emissions into air and leaching of wastewater into Cairo’s water supply. She continued her research in novel solid waste treatment systems that could mitigate the environmental impact of waste through post-doctoral research at Yale.

Since then, Sherien has spent more than 16 years in research and practical projects to design and implement real-world solid waste management strategies, supervising both post-graduate students and junior engineers to train the next generation of academic and industrial leaders in the field.

The impact of Sherien work has also been recognized in awarding her the Next Einstein Forum Fellow in 2016, the L’Oreal UNESCO Fellowship for Women in Science in 2013 and has also been honored as young scientist at the World Economic Forum in China in 2013. She was named a fellow of the Global Young Academy as well as a steering committee member of Egypt Young Academy of Science.

Consistent with Sherien passion to do more than academic work, she has long been a solid waste expert at Chemonics Egypt. She led the team at Chemonics in setting the solid waste management strategy for several countries.

Sherien has published several journal papers and book chapters. She is currently engaged in several research grants of more than $3.5M in the fields of solid waste management, biochemical waste treatment technologies and waste to energy.