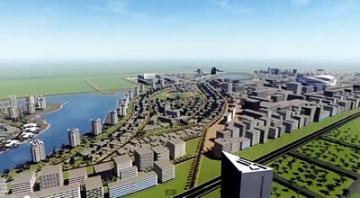 The Senegalese government and the African Development Bank (AfDB) is going ahead with plans to build a mega-digital park in the city of Diamniadio.

The project feasibility study – estimated US$120 million – of which $ 100 million will be financed by the Africa Development Bank (AFDB) in order to begin the construction process.

Dubbed Diamniadio Valley, the project is set to start in June this year.

The prospect studies of the project have already been approved. However, the remaining bit is just to sign a partnership agreement with the Bank after the negotiation process ends in about one or two month’s time for the construction to commence,’’ said Senegal’s post and Minister of Telecommunications and Posts, Yaya Abdoul Kane.

Mr. Kane expressed the government’s commitment of seeing this project starts in the first half of this year. The construction of Diamniadio valley city is set to be carried out on a 25 x 150 hectares piece of land.

Senegal was ranked position 12 in Africa by the 2014 ITU index for countries with the most developed ICT infrastructure in Africa. It is also considered as one of the top notch Africa’s hugest spender of ICT. The country will now have time to prove to the rest of the other African countries, and the world at large, of their undoubted capacity to remain one of the African giants in the ICT.

The Diamniadio valley city construction project will, without doubt, attract many investors all over the world who are interested in investing in the West African countries.

The post and telecom minister revealed that, already, an Asian delegation from the KT Corporation formerly as Korean Telecom which is based in Seongnam, South Korea have held talks with the Senegal government officials in Dakar concerning the digital city project.