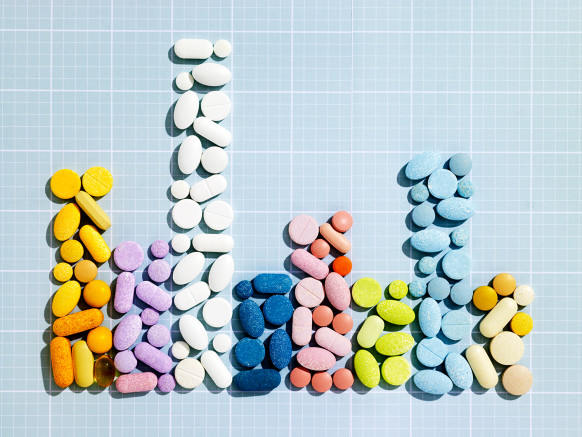 IN RWANDA, PEOPLE have to deal with all kinds of threats to their health: malaria, HIV/AIDS, severe diarrhea. But in late 2012, Agnes Binagwaho, Rwanda’s Minister of Health, realized her country’s key health enemy was something far more innocuous. The thing causing the most harm to her people, the leading risk factor for premature death and disability, was inside their own homes: Dirty indoor air, from cooking food over burning dung and vegetation in poorly ventilated huts. Within weeks, Binagwaho announced a program to distribute one million clean cookstoves to the poorest households in the young, mostly rural country.

Binagwaho was able to improve millions of lives thanks to a new kind of medical record-keeping, only possible in this era of big data. Just as Billy Beane, general manager of the Oakland Athletics, used sabermetrics to maximize wins, epidemiologists can crunch data to determine the so-called global burden of disease—information that can be used to optimize the health of a neighborhood, nation, or the entire globe. Call it Moneyball for public health.

You might think that policymakers and health czars would jump at the chance to save the maximum number of lives with a minimum of investment. But it hasn’t always been easy going for Christopher Murray, the godfather of the approach, who today directs the Institute for Health Metrics and Evaluation at the University of Washington. In Epic Measures, published earlier this month, health journalist Jeremy Smith recounts Murray’s struggle to index the global burden of disease—and the political obstacles he encountered in publishing and distributing his findings.

A Precocious Pharmacist
The roots of the global burden of disease stretch back to Murray’s childhood. At 10 years old, his family traveled to Niger to help run a rural hospital. After traveling more than a month through the Saharan desert to get there, they found no power, no water, no medical supplies and no other staff. At 10 years old, Murray was promoted to role of hospital pharmacist. In his role, he saw children sick with malaria and suffering from malnourishment, along with a fair share of donkey bite victims.

Those experiences shaped the rest of his life: “It gave me my primary question, which I continue to try to get the answer to,” Murray says. “What are people’s main problems and what can you do to fix them in a way that transcends individual clinical practice?”
More than 20 years later, as a leader at the World Health Organization (the United Nation’s health arm), Murray noticed that official reports and analyses of those main problems didn’t quite reflect medical reality. In fact, the numbers—many of which came from advocacy groups, seeking money and attention for specific causes—didn’t make sense. “If you added things up,” he says, “people were dying three times over.”

So Murray took a different approach. He and his collaborators—not advocacy groups—calculated disease impacts, double checking to ensure they matched the total number of people who had died. And he revised a strategy he and medical demographer Alan Lopez had pioneered in the early 1990s at the Harvard School of Public Health, where they created a new metric for quality of life and health loss (disability-adjusted life years, or DALYs). Using DALYs as a quality of life measure makes it possible to compare one disease to another, giving a complete view of the global burden of disease.

“It’s a study of everything wrong with everyone everywhere, in all countries for all time,” says Smith. “I mean everything that makes people sick, everything that kills people, everything that causes pain and suffering and the risk factors for those things.” That can include anything from whether you live with an abusive partner to how much lunch meat you consume.

Explosive Results
In 2000 Murray’s team released a new version of the global burden of disease data, analyzing world health between 1990 and 2000 and adding new insights. Rankings of national health systems performance were among those additions—including the famous statistic that the United States has the 37th best health system, despite spending the most per capita.

Controversy erupted. “That generated much greater reaction than anything else,” Murray says. “When you start talking about performance of health systems, you get very close to the job description of the minister of health in a country.”

Some politicians and ministers felt the ranking was a direct threat, an evaluation of how well they did their jobs. (Murray says the clever ones used the results to push for more money.) José Serra was the health minister of Brazil at the time, running a presidential election campaign. “He really went after us at the WHO at the time,” says Murray, “saying that this was not appropriate for the UN to do this. I think the WHO still shows the scars.” Since the conflict, Murray says, the WHO has been enormously reluctant to venture near health care system performance.

A Third Life for GBD
But Murray’s quest still lives. The study’s current iteration, housed at the Institute for Health Metrics and Evaluation in Seattle, analyzes global health data up to 2013. A super-computing cluster is busily whirring away at the University of Washington—supported by more than $100 million in funding from the Gates Foundation—crunching information from sources like hospital and police records to output more than a billion data points.

That data and the approach it drives will go on to accomplish grand things, Murray hopes. Already it’s racking up success stories. Australia used the data to re-map their health systems: In 1970 the life expectancy of the average Australian man was about the same as a man in the United States (about 71). Now, Australia is neck and neck with Japan (80 years).

The same approach worked in Colombia, where Rodrigo Guerrero, mayor of Cali, analyzed data to understand patterns of violence. Deaths were concentrated on weekends, he found, particularly near paydays. Drugs and gangs weren’t the sole cause of gun violence and murders—the devil, in this case, was the dangerous combination of young men, alcohol, and an already violent culture. Guerrero changed where and when booze could be sold and instituted gun bans, cutting shootings and murders nearly by half.

The information Murray and his more than 500 collaborators have gathered is designed to help you lead a better life, too. One of best health interventions for Americans, turns out, is simply to eat more fruit, helping to prevent heart disease and stroke. That’s the beauty of the DALY: It works to identify the root cause of the greatest health threats, whether it’s a dung-filled fire, alcohol-fueled violence, or in the case of American men in their late 30s, processed meat. Sorry, guys: The data doesn’t lie.