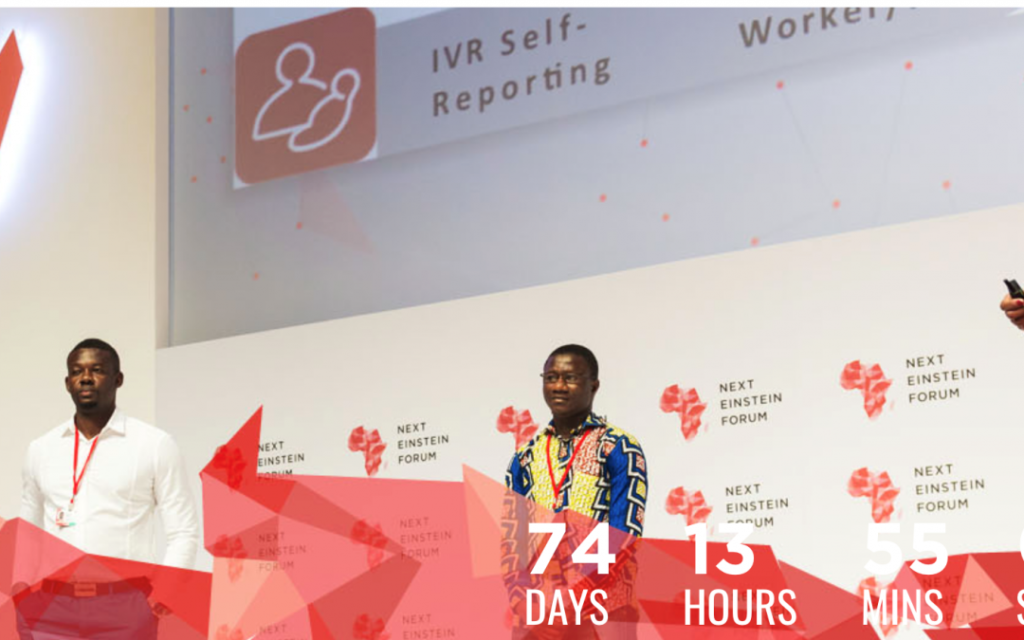 Kigali, Rwanda -10 January 2018 – The Next Einstein Forum (NEF) today launches the hunt for Africa’s brightest innovators to compete in its NEF Challenge of Invention to Innovation (Ci2i). Young African scientists and innovators under 42 years of age are invited to present their research driven innovations in science, technology, engineering and mathematics (STEM) to a panel of experts in a pitch style competition at the NEF Global Gathering 2018 to be held 26-28 March 2018 in Kigali, Rwanda, under the patronage of H.E. President Paul Kagame.

“While innovation competitions have become common place in Africa, the NEF Challenge of Invention to Innovation (NEF Ci2i) seeks to support the scale up of research driven innovations. This global gathering, we have selected three forward looking categories: Deeptech innovations, climate smart innovations and personalized health innovations. These strategic categories and the innovations that will come out of NEF Ci2i are not only relevant for Africa but will give African innovators competitive edge globally,” Mr. Thierry Zomahoun, President and CEO of the African Institute for Mathematical Sciences (AIMS) and Founder and Chair of NEF.

The NEF Ci2i focuses on innovations of high impact globally and locally that a ready to be scaled up. Judges and participants come from major Pan-African and global business, pharmaceutical and technological companies providing an unparalleled opportunity for researchers and entrepreneurs, both in terms of feedback and mentorship and in terms of funding to scale and expand R&D efforts.

“The goal of the Ci2i competition is to reward research based innovation and highlight the global impact of African researchers and entrepreneurs. At the NEF, we believe that inventions, especially science-driven ones, are critical to Africa’s transformation. It is not enough to have ideas or inventions, to impact humanity these inventions must reach the people and become innovations. The Ci2i is one platform which will bridge this gap,” said Dr. Youssef Travaly, Director of Programs and Lead Scientist at the NEF.

Participation in the competition is open to Africans of all nationalities under 42 years of age. In the case that teams are led by a non-African, one of the co-founders or chief executives must be African. The judging panel will consist of three to five subject matter experts, business and academic leaders and government officials. The language for the competition is English.

The competition will have two rounds with the final round presented at in plenary on the final day of the NEF Global Gathering 2018. Presenters should clearly describe their innovation or project, its impact and scalability.

The monetary prizes for Ci2i winners and runner ups will be announced during the unveiling of the selected Top 15 innovators to pitch at the NEF Ci2i. Deadline for submission of applications is 12 February 2018. The Top 15 will be announced 1 March 2018. Learn more about the application process here.

About the Next Einstein Forum

Launched in 2013, the Next Einstein Forum (NEF) is an initiative of the African Institute for Mathematical Sciences (AIMS) in partnership with the Robert Bosch Stiftung. The NEF is a platform that connects science, society and policy in Africa and the rest of the world – with the goal to leverage science for human development globally. The NEF believes that Africa’s contributions to the global scientific community are critical for global progress. At the centre of NEF efforts are Africa’s young people, the driving force for Africa’s scientific renaissance. The NEF is a unique youth-driven forum. At our headline biennial scientific events, 50% of participants are 42 or younger. Far from being an ordinary science forum, the NEF Global Gatherings position science at the centre of global development efforts. The next NEF Global Gathering will be held on 26-28 March 2018 in Kigali, Rwanda. In addition, through our Communities of Scientists, we showcase the contributions of Africa’s brilliant youth to Africa’s scientific emergence through its class of NEF Fellows, who are Africa’s top scientists and technologists under the age of 42, and NEF Ambassadors, who are the NEF’s 54 science and technology ambassadors on the ground.

The NEF is also working together with partners such as the African Academy of Sciences, Ministers’ of Education, Science and Research across Africa, foundations and other global scientific and private sector companies, to build an African scientific identity. By bringing together key stakeholders, the NEF hopes to drive the discussion from policy to implementation by leveraging buy in and best practice results from Africa and the world. Have a look at our benchmark Dakar Declaration.

Finally, the NEF is telling untold stories of scientific research and innovation across the continent through our various platforms. We want to recalibrate what ‘innovation’ means in Africa. We want to make the link between science and technology, even basic sciences, to everyday life. We want the public involved in science and we have recently concluded the first coordinated Africa Science Week – an annual three to five-day celebration of science and technology through coordinated science events across the continent. We believe the next Einstein will be African.

The NEF has been endorsed by the African Union Commission, the United Nations Educational, Scientific and Cultural Organization (UNESCO), the Governments of Rwanda, Senegal and South Africa, the African Academy of Sciences (AAS) and a growing number of private sector and civil society partners from across the world who are passionate about positioning Africa’s scientific community as an influential member in the global scientific community, which will ensure sustainable human development in Africa and other parts of the world.