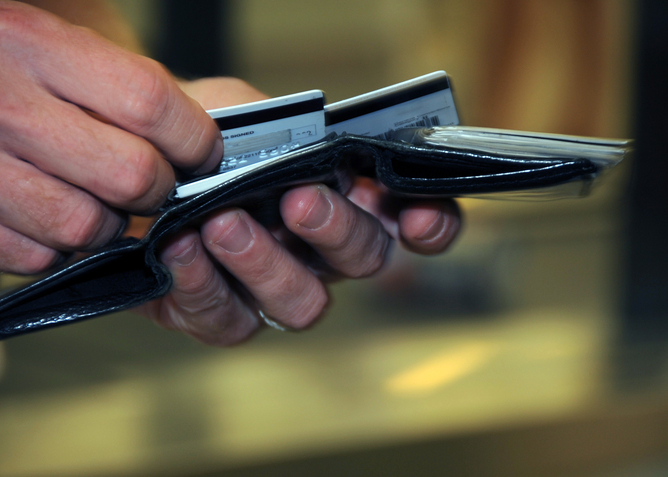 Apple’s product launches are covered with breathless enthusiasm usually reserved for royal weddings and vaccines for dreaded diseases. The recent launch of the iPhone6 featured an exciting new technology – ApplePay – which, if widely adopted, will allow Apple’s discerning customers to make electronic payments from their phones in situations where they would have used credit cards or cash.

In other words, if all goes well, Americans will soon be able to do something that Kenyans have done every day for ten years. M-PESA, the mobile payment system offered by Safaricom, is used by more than two thirds of adult Kenyans and is the model for hundreds of digital payment startups across Africa and around the globe.

The reason Kenya is ten years ahead of the US on mobile money is simple: Kenya needed phone-based payment systems more urgently than the US did. Credit card penetration was (and is) low in Kenya. Most Kenyans don’t have bank accounts, making paper checks largely useless for all but the largest transactions. M-PESA was an appealing alternative to the status quo for transferring money from city to city. Before you could transfer money via an SMS message, it was routine to give a stack of bills to a taxi driver heading to that town and ask him to deliver your payment for you.

In the US, on the other hand, we have a system of credit cards and checks that, despite fraud, inefficiencies and other flaws, works well enough to enable trillions of dollars in consumer spending. Our system, while imperfect, is good enough. And good enough is a problem.

‘Good enough’ gets in the way of innovation

When a nation faces problems where there are no good solutions, it often responds with a wave of innovation and infrastructure-building.

Faced with massive rural-urban migration, China has invested in an enviable system of high speed rail that allows hundreds of millions of migrant workers to return home for the New Years holiday. The US’s distinctive mix of highways and air travel works well enough – despite aging infrastructure and the perpetual frustrations of air travel – that it is unlikely that high speed rail will gain traction here, despite clear environmental benefits.

I’ve been thinking about the dynamics of “good enough” in the context of the internet, the space I’ve worked in for the past two decades. Shortly after the advent of the commercial web, I helped invent a dreadful technology that persists because it’s good enough to survive: the pop up ad.

My boss at an early internet startup challenged me to find revenue to support our most popular product, hosted web pages. Since users could put any content they wanted on those pages, advertisers were reluctant to place ads on the pages. My solution: we’d open a new browser window when our servers delivered a user page, and we’d sell ads on that new window. The ads sold well enough that we were able to sell our business to a publicly traded company. They also worked well enough that every sleazy online advertiser added the dreaded tool to their inventory.

The admission of this crime against the internet has led to threatening emails and to the bizarre experience of becoming the topic of late-night television monologues. But I’ve written about the experience because I think the entire advertising-supported nature of the web is an example of a situation where good enough isn’t good enough.

There is one subset of web advertising that works well. Search engines are able to sell ads targeted to your interests because we tell search engines exactly what we’re looking for. Search for “roofer North Adams MA” and the resulting ad from a local roofing company is likely to be a good experience for both advertiser and customer. But plastering the website of the local newspaper with roofing ads, or invading the Facebook feed of anyone who lives in western Massachusetts with this offer works far less well.

Shortly after “banner ads” were introduced to the web in the mid-1990s, viewers clicked as many as 7 of 100 ads to learn more about a product. But we’ve taught ourselves to ignore those ads. Now click rates of 1 in 1000 are more common.

Both advertisers and customers hate web advertising, and yet it persists, because it’s a good enough way to generate revenue that it’s allowed services like Facebook to serve over a billion users without charging them a subscription fee.

Rather than ditching online advertising, companies like Facebook have incentives to make incremental improvements. In the hopes of making us hate ads slightly less, they collect as much information about our demographics, psychographics and online behavior as possible, delivering ads tailored specifically to us. It doesn’t work.

Ads on Facebook perform as poorly as other banner ads, and thus far, advertisers are willing to spend only one tenth as much for the opportunity to reach a user online as they are to reach one through an ad in an untargeted, unpersonalized paper newspaper.

It’s a characteristic of “good enough” systems that we double down on them rather than abandoning them and starting over.

So long as Facebook can support their costs with a good enough revenue model, and promise investors that they’ll do a better job real soon, they will continue to sell ads and put their users under increasingly intense surveillance.

The civic consequences of training a generation that all their online interactions will be tracked, entered into databases and combined into a digital “permanent record” is beyond the company’s calculus, much as global warming has largely remained outside of the calculus of automobile manufacturers and airlines.

The need to question assumptions

Fixing a “good enough” system is hard, but it’s an opportunity for dramatic social impact and, often, massive profit.

Should Tesla’s electric car, for example, become an affordable, mainstream means of transportation, the company’s shareholders will see massive returns on their investment, and vehicle emissions will decrease radically.

By questioning two basic assumptions of the automobile industry – that electric vehicles were for environmentalists, not fans of performance automobiles and that drivers would require a network of fueling stations before buying electric vehicles – Tesla may change how transportation in America works in ways that incremental changes in fuel efficiency have not.

But America’s massive highway, fueling and auto dealership systems are a classic good enough system and are likely to be more resilient than we might imagine. Enormous sums of money depend on these existing systems and the owners of these systems have strong incentives to protect them from being disrupted.

We are often encouraged to imagine radical change through technology. In his new book, Zero to One, venture capitalist Peter Thiel urges his readers to build radically new systems rather than expanding and scaling existing ones.

These new systems rely on technological breakthroughs. To go “from zero to one”, as Thiel terms it, is to introduce a new set of capabilities to the world through technological innovation. The problem is that systems that are innovative at one moment in time can become the “good enough” systems we need to overcome as they age and calcify.

It’s inspiring to see new systems render old ones obsolete, to give up a cobbled-together system like credit card payments or internet advertising in favor of a new, lower-friction system. But this prescription for change puts all agency in the hands of engineers and entrepreneurs. It projects a future where decisions about our collective future are commercial engineering decisions, not social or political ones.

In Thiel’s world, we don’t fix “good enough” systems – we surpass them with new technology. But unsticking systems is not just a technological challenge. It’s a social and political challenge as well. Since the companies that profit from “good enough” systems have few incentives to change, change needs to come externally, from social pressure or political leadership, commodities in short supply in contemporary America.

As we look towards unsticking calcified systems, we may find hope from a practice rarely celebrated by technological innovators: regulation.

When side effects of “good enough” systems have significant consequences on the general public, regulators force existing players to innovate. When carbon monoxide emissions from automobiles turned the air in major American cities toxic for some residents, Congress passed the Clean Air Act and mandated the use of new technologies, like catalytic converters, to combat incomplete combustion.

Countries like China and India have a choice to make as they address the challenges of air pollution in their large cities. They can demand an incremental change, improving a “good enough” as the US did with the Clean Air Act, or they can seek massive change through regulation and demand innovative solutions from their scientists and engineers. In Beijing, where the air is unhealthy to breathe more than half the time, technological innovation alone is unlikely to solve a massive collective action problem.

Technology entrepreneurs warn of “regulatory capture”, the use of regulations to protect old, obsolete systems. But “good enough” systems perpetuate themselves even in largely unregulated fields, like the internet. Perhaps what we need is a new approach: carefully considered regulations that force innovation.

If China wants to lead the new energy economy, they can’t merely fix Beijing’s air – they need to lead the world to new solutions.

With powerful regulations that reward energy innovations, China can find a path to urban development and breathable air. And the rest of us might learn a lesson about the power of technology paired with law to help us fix the “good enough” systems we’re currently stuck with.